TOP THINGS TO DO IN TANZANIA

What you witness in Tanzania certainly checks a ton of markers on a travel bucket list. Be it the gushing waterfalls and barren deserts, or exotic species and predators of the most lethal order; some get that feeling of danger lurking around the corner, while others bask in the serenity of white sand beaches with crystal clear water. This mind-blowing rollercoaster of experiences is what defines Tanzania as it takes you on a thrilling journey through the cradle of mankind.

Tanzania is a country known for its vast plains of wilderness, a mecca of big game with the big five (elephant, lion, rhino, leopard and buffalo) sharing a lot of wilderness within the country. It is one of the most sought after destinations for viewing wildlife at its natural best, with the Serengeti plains, the Ngorongoro crater as well as a host of other national parks and conservation areas that engulf the wetlands and plains of Tanzania. It is one of the richest zones of big game like lions, elephants, hippopotamus, waterbuck, wildebeest, crocodiles, waterbirds like flamingoes and ducks and thousands of other animals.

The Ngorongoro Conservation Area stretches for over 8,200 square kilometres, and is home to more than three hundred mammal species, a thousand bird species and over sixty thousand insect species. The Serengeti is also home to one of the most spectacular natural events on earth – the great migrations. Over a million wildebeest and hundreds of thousands of Zebra make the annual trip through the expansive plains chasing the rains, a race that goes on forever. January sees thousands of newborn wildebeest that begin chasing the rains in May (beginning of the dry season) while taking refuge from the sun in the Maasai Mara reserve in Kenya. The same is repeated seamlessly with every breeding season, leading to an endless cycle of migration and reproduction – something very raw, natural and humbling. The sheer vastness of the wild, with all its noises and eerie patches will make for an adventure like one you have never experienced before! 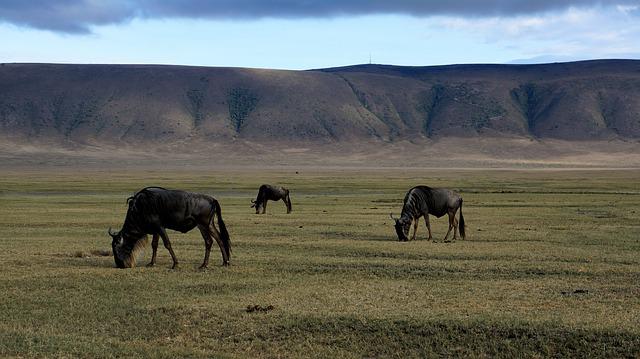 BASK AT THE BEACHES IN ZANZIBAR

If the safaris and the game watching became a bit too tiring for you, the most ideal getaway from life and people comes at Zanzibar – white sand beaches with an uninterrupted view out into the ocean.

If there was ever a perfect getaway, it would include sailing away on a dhow or unwinding to the soothing sounds of the waves crashing ashore. If you are looking for an adventure, sail to Mafia Island and take up one of the diving courses – it is certainly one of those life-changing experiences that lives with you for longer than you can fathom. Away from the hustle and bustle, the beaches of Zanzibar Islands will certainly add perspective to all the other experiences that encompass the unexpected and raw lands of Tanzania.

The world’s highest free-standing mountain, Africa’s highest peak and one of the seven summits of the world, the ascent of Mount Kilimanjaro is challenging, thrilling and stunning all-in-one, add to that the feeling of accomplishing one of the most historic treks around the globe.

Walking through topography and climate that goes from rainforests to deserts, to subalpine tundra and glacial ice, this power-packed climb will truly make you feel like you’re standing on the roof of the world. As tufts of mushroom clouds soar beneath your feet, the sights from the Uhuru Peak as the sun roasts the vast Serengeti plains will lie with you forever. The entire climb approximately takes a week to complete, and does not require any professional level training in climbing. The confluence of natural beauty and the feeling of achievement when you scale one of the seven summits on Earth has an element of inexplicability to it. Make sure this makes it onto your list of things to do when in Tanzania! 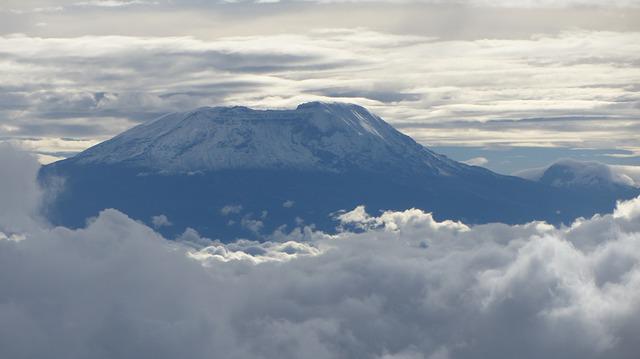 Vibrant cultural interplay is visible throughout Tanzania, with architecture representing German, French and British influence, along with intertwining elements of Arabic and other African cultures as well. There are more than 120 different ethnic tribes around the country, and the language that binds the country is that of Swahili. The food also reflects a variety of influences with the North Western inhabitants preferring plantains and those from the South preferring Ugali. Rice based dishes are popular along the coast. The locals often invite people for a meal, the acceptance of which is considered respectful in the country. The hospitality of the local people is touching and the country as a whole makes you feel welcome, relaxed and rejuvenates the mind and body.

With this myriad of activities, flavors and experiences that are based so close to nature, a visit to Tanzania will be both an education in the history of our race as well as an adventure of the most raw, wild and unscripted nature.